Firstly, If you haven't signed up yet you go and get a free account here

Once signed up, we give you a default project with a test and production environment plus one example feature.

Now your ready to go.

Replace '{{YOUR_SERVER_ENVIRONMENT_API_KEY_HERE}}' with the key which can be retrieved under the 'API Keys' Link on the top right of your environment page.

This is your unique key - used to identify the server when you call to get your features. 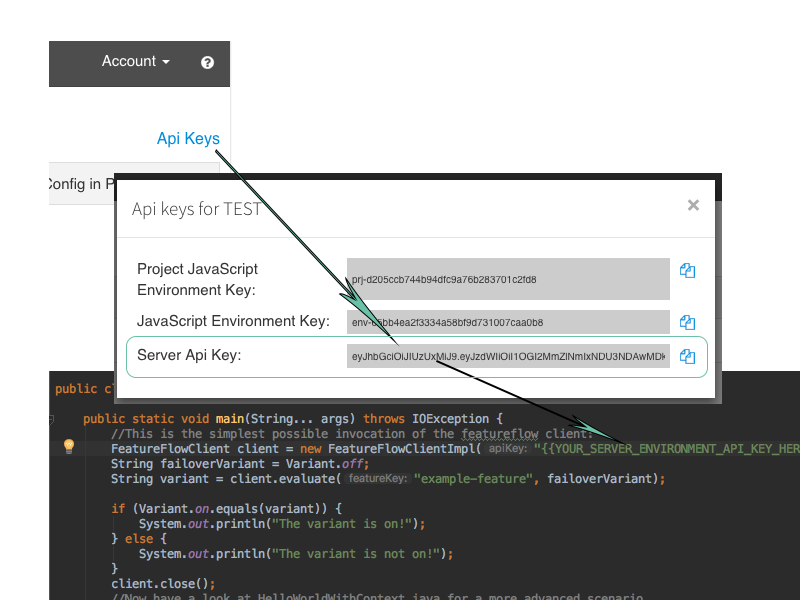 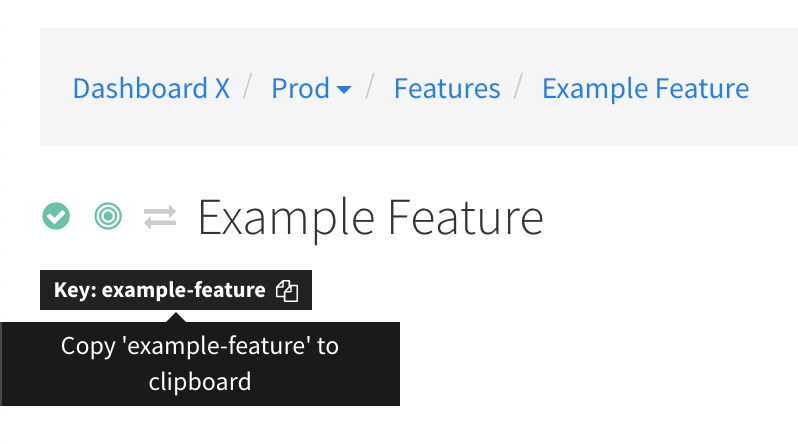 You can run it using the mvn command as below (or of course debug it in your favourite IDE).

Congratulations! That was easy hey?

So what can I do with this? Have a look at our Developer use cases

or continue below to try adding some user information to your evaluation.

Now have a look at HelloWorldWithUser to get and idea of how you can actively register, target and manage your features.

Note that the new feature 'new-feature' will be automatically registered and added to your features list in the featureflow admin console, to create a feature in featureflow you only need create it in code. If you create it in the console first however it will be linked via the key. 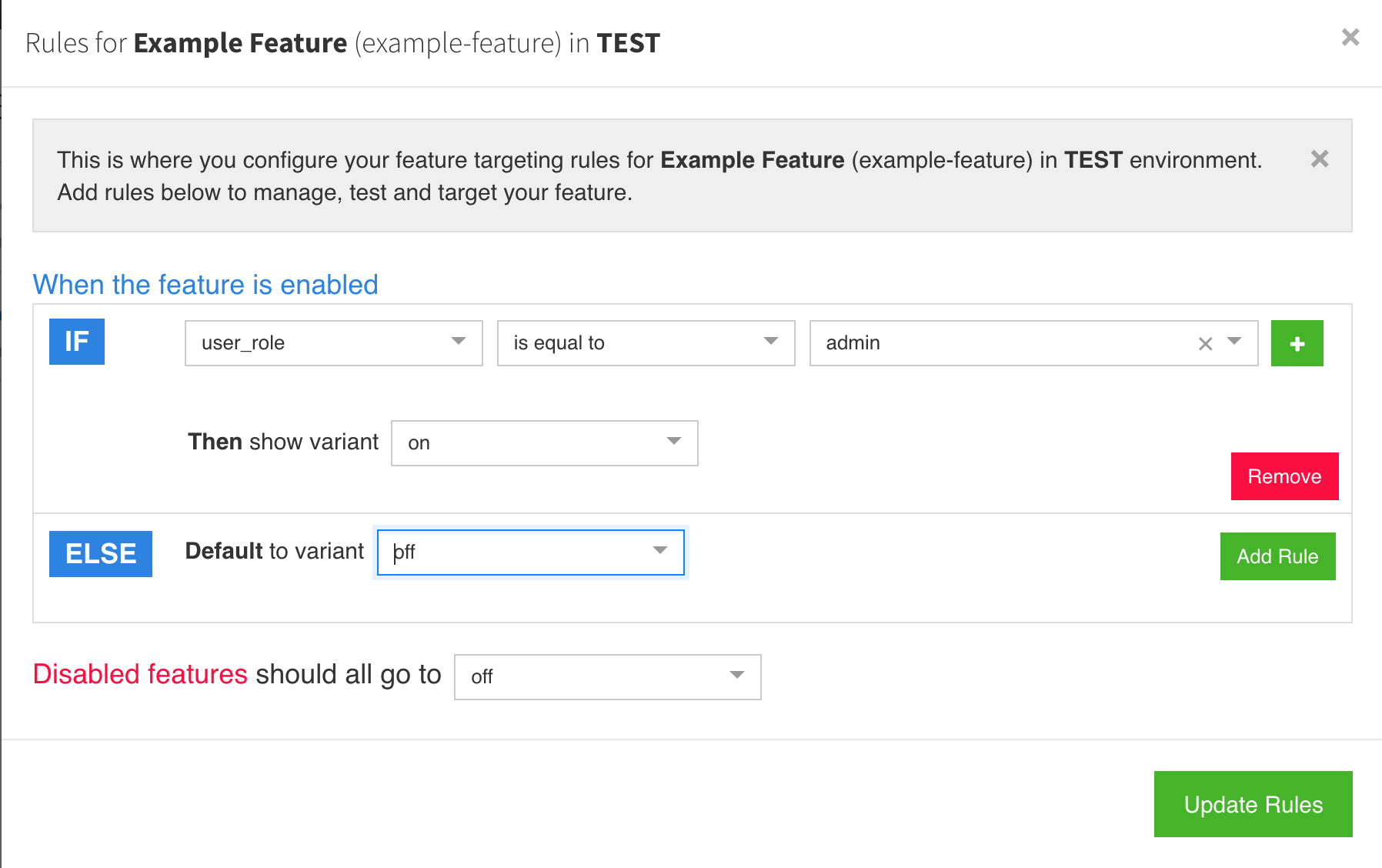 Add some variants
Ok lets keep going, say you have a new version of your feature - it may be an improvement or a version you want to show only to particular users - you can define it as a new 'variant' 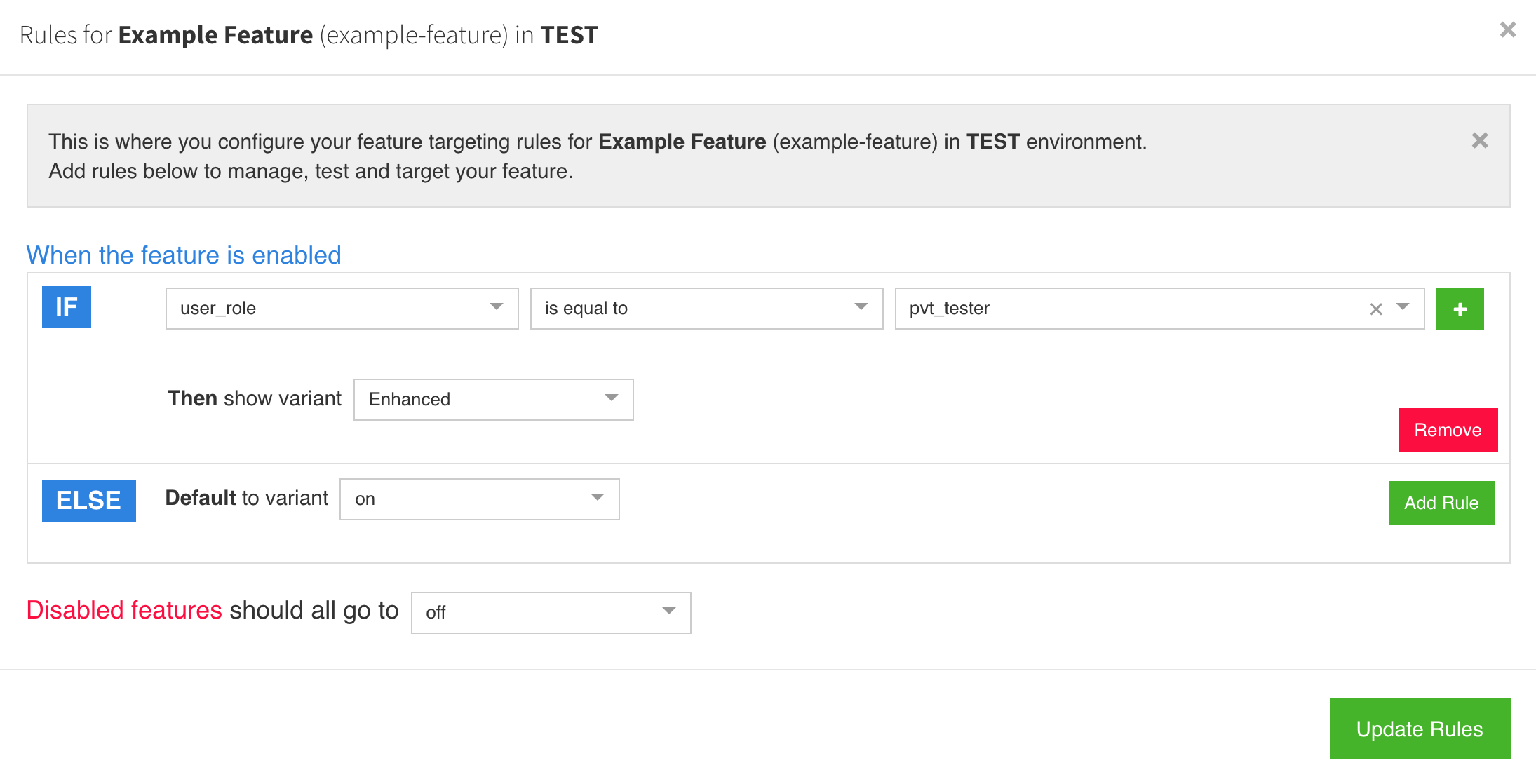 You have just set up a simple production test scenario. Your 'pvt_tester' role will see the new version whilst all other users will see the standard 'on' version.

We could go on, but I think our ten minutes are up.

You may wish to go a further and learn about gradual rollouts, more about variants and feature targeting.

You may also want to try the same 5 minute test in the javascript API so you can get a synchronised front and back-end.